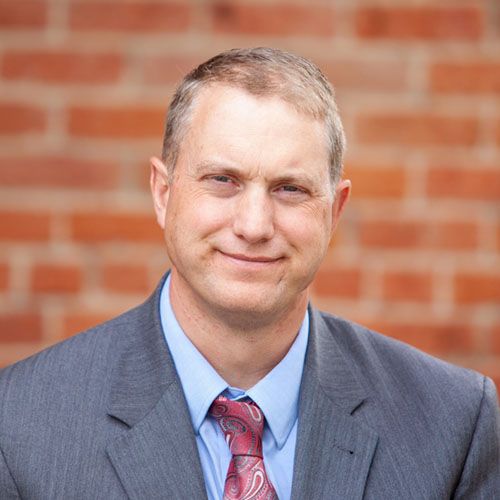 Andrew Jolley (Andy) is a founding member of Prescott Law Group. Born and raised in Idaho, he was brought to Arizona by his wife and has become a devout transplant to Northern Arizona. Andy attended the University of Utah where he received a Bachelors Degree in Political Science. He then attended the University of Idaho College of Law earning a Juris Doctorate. Upon moving to Prescott in 2007, he worked for the Yavapai County Public Defenders Office. After a short stint with a local law firm, he opened his own office in 2010, Jolley Law PLC.

In 2013, due to the growth of his practice, Andy opened the Prescott Law Group. Andy’s practice focuses primarily on litigation, but he handles others matters, including personal injury and business law. Andy travels throughout Northern Arizona representing clients and maintains two contracts with the Town of Jerome and the Town of Tusayan. Andy has represented clients through the entire litigation process, including both jury and bench trials. He has argued successfully in front of the Court of Appeals and is licensed in both State and Federal Courts.

Outside of the office, Andy enjoys spending time with his family. Andy’s wife Carol is a school teacher and stays busy chasing their three kids. Andy has become a constant in coaching the many activities his kids participate in, and you can find him on the sideline of football, basketball, and baseball—depending on the season. He devotes his time to the youth sports programs, as it helps the youth in the Prescott area, as well as his own children. Andy is also involved in other civic organizations and hopes that his efforts benefit the great community that he lives in.